I’m reading an interesting book called Factfulness by Hans Rosling, a book that Bill Gates recommends. The premise is that we’re wrong about the world and that things are better than we think. For example, despite the images of starving children we still see on TV, the proportion of the world population living in extreme poverty has been cut in half in just the last 20 years. More children are being vaccinated. More girls are getting educated. Violent crime in America is not getting worse as most people believe – in fact it’s down 34% since 1990. Media is partly to blame because negative events get more press than positive. Slow but steadily improving global trends are also less exciting to report on than car bombings. Plus with technology comes an ability to find and report on even more horrific events that may have been overlooked before so the volume of negativity we’re ingesting has increased dramatically. Look at 1960 when over 15 million Chinese died of starvation due to government mismanagement of food stores and it was kept so concealed that it wasn’t described in English to the outside world until 1996….its much harder to keep that magnitude of a problem a secret now.

One of the other concepts in the book is that the idea of labeling “developing” and “developed” countries, “us” and “them”, “first” and “third” worlds is inaccurate and deceiving. In 1950 this was the case, but now most of the world lives in the “middle” of the spectrum. Rosling suggests a better way to discuss this is with four income levels. Level 1-extreme poverty where children walking barefoot need to fetch water with buckets and gather firewood, food comes from a family garden and is cooked on an open fire, medicine is unaffordable, and earnings are between $1-2 per day. He works his way up incrementally to income Level 4, where you and I exist. People in Level 4 struggle to understand the reality of those living in the other three levels.

Unfortunately, Liberia is one of the handful of remaining countries (along with Guinea, Sierra Leone, Haiti, Afghanistan, and others) that are still on Level 1 for income and unemployment; access to water, sanitation and healthcare; food security, etc. So I continue with Gbarnga Mission to pour a foundation in partnership with my Liberian friends, hoping at least this one community might build stairs for eventually taking a step up to Level 2. 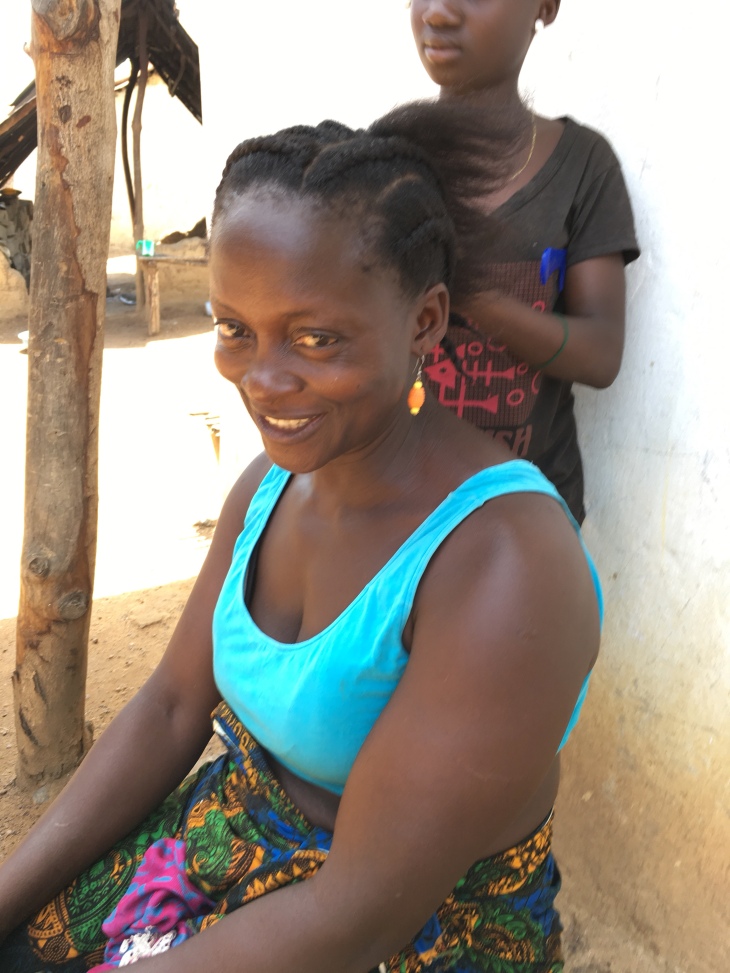 Following Rosling’s premise that the world is getting better, let’s end by referring back to my last blog…for the first time in her life, Gormah can now write her name! Where’s the media reporting this?! As they say here, “Small small steps.”

One thought on “Factfulness”